New jobs added keeps missing meanwhile wages go up. The labor market is tight. By now, everyone has heard of the “big quit”, the phenomenon in which massive numbers of workforce participants seem to have decided to quit their jobs to pursue better opportunities at around the same time. The tightness in the labor market is probably one of the largest driving factors of inflation that are affecting everything from commodity pricing to supply chain bottlenecks.

What caused this? My guess is that this stems from the fact that every retard and his wife’s boyfriend out there has been drooling (for a while) over some combination of influencers, professional gamers, or youtube moneyman gurus they’ve put on a pedestal as their dream to escape their personal work hell of appeasing customers or moving a box from one location to the next 8 hours a day for no appreciation and shit pay. After all, if they can do it and give you the elementary school tier advice to follow your heart and be what you want to be, why shouldn’t you? Well, for most of the tards out there, this comes down to personal risk tolerance as a reason for not doing so. Turns out being stuck in some dystopian situation where they are redlining their finances every month and cannot (or are otherwise too afraid to) take any sort of risky leap that would put their steady supply of basic necessities at risk is generally a no go.

So what has changed? Firstly, the shutdown effects in 2020 gave a decent number of people a taste of what life could be like outside the hamster wheel of physically commuting to work and servicing their corporate overlords for a daily helping of company cheese. Secondly, the government gave people who were previously living month to month free money, which many of them may have actually used to build up “savings”. As time goes on, these people started really thinking about what they’ve just seen go down. They’re watching people get rich on the big stonk rip, the big shitcoin boom, and after hundreds of hours of youtube they’re increasingly convinced they can also succeed by jumping into whatever is pumping, despite not having a firm grasp on the base truth of what it is they are actually doing. As the friction at work increases with a steady stream of pain-in-the-ass covid-induced problems, a small number on the bolder side of the spectrum start to have a thought: “wait I have money to live for a bit, I don’t need to put up with this”. The internet magic money people have convinced them, and now they can afford to take the leap. So they do.

Next comes the snowball: this effect intensifies after the trendsetters put things into motion, and companies need to hire to keep the cheddar flowing. However, there is now an imbalance in labor supply and demand; they need to up the pay ante. This creates another snowball effect…people who do want to keep working see other places paying more for what they perceive to be an easy job. After all, if the 8 year old minecraft streamer and his mom and her boyfriend get to make 7 figures, why would they want to keep killing themselves for a fraction of that when they could at least do it under cushier circumstances? This is where everything starts going down the drain, at least short-term.

Why short-term, you ask? If you stop to think about it, these people who are quitting these positions cannot possibly have that much saved up. They may be lowering their expenditures to stretch it, and that may cause it to last a bit longer, but we are talking months at most in many scenarios. The fundamental imbalance still remains. And the same supply and demand forces that drive every market will also be present in what I will cordially refer to as the “retard internet economy”. Every ape and his 3 roommates becoming a streamer on onlyfans and starting their own stock analysis youtube while wendy’s tries to hire for $50 dollars an hour is not going to be a permanent equilibrium. Most of these people will run out of savings very soon, and there will be a massive reflexive inflow back into the job market so that they don’t go homeless, creating a deflationary pressure on labor, lower pay, and lower sustained purchasing power through the broader economy.

So all is going back to normal now, right? Wrong. The big corps, who previously acted complacent with a mentally lazy “if it ain’t broke don’t fix it” attitude may breathe a sigh of relief when they finally stop hemorrhaging money to hire for simple roles, but now that they’ve seen their own blood once, you can bet your ass the CEOs will be up in the board room on a saturday night smoking a cigarette figuring out how to take care of this liability for good. In short: I predict a big rubber band snap back to an employers market for labor, followed by a continuing sustained deflationary pressure as there is a renewed fire under corporations’ ass to permanently replace as many people as possible or otherwise heavily augment the productivity of the people they do require.

In conclusion: I think this year might mostly suck with the chaos in the markets, but I think Cathie is going to end up being right. It is just a matter of when rather than if in my view, and as the wage pressures continue to reveal themselves as the primary problem, the process will likely be accelerated and cause a lasting rotation into innovation / AI / automation tech.

This article was written by u/Aperson43. 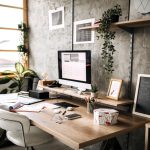